'See What Light Can Do'

Check out this cool video posted by Philips Lighting that features the LED suits I worked on for the Black Eyed Peas this past summer. 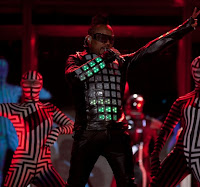 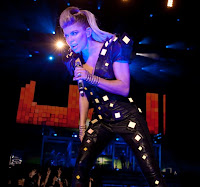 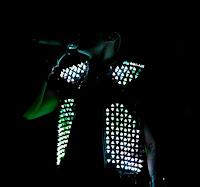 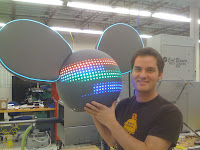 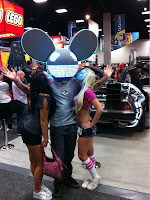 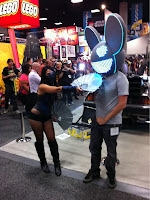 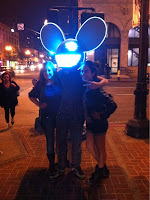 Sorry for the lack of updates lately.  I've been working on a couple of really amazing projects that will slowly be revealed over the next few months.  The first one just debuted this past evening in Paris.  I was part of a team that helped design the LED suits for The Black Eyed Peas' new 2011 tour:  "The Beginning".  The team has worked relentlessly to produce three suits for the band within two weeks' time:

The three suits were designed by Philips VP and Dutch lighting designer Rogier van der Heide in collboration with Studio Nancy Tilbury of London.  I was brought to London where I was responsible for the electronics and software for both APL's and Taboo's suits.  I had the pleasure of working alongside electronics guru Benjamin Males who was responsible for Fergie's revolutionary OLED dress, as well as Fergie's EL dress worn at the recent 2011 Billboard Music Awards.

APL's suit was designed to be a graphic spectrum analyzer that pulses to the music.  200 RGB LED modules provide the effect.  Taboo's vest has a couple hundred RGB LED modules, each individually controlled, covered with translucent silicone pyramid "studs".  Both suits house my custom control system that loads content from removable flash memory and is triggered wirelessly with a LumenRadio system.

The suits were scheduled to debut at the CONCERT 4 NYC on June 9th, but the concert was canceled due to bad weather.  Fortunately the suits followed the Peas on their tour and they appeared again tonight.  I don't have many pictures from the trip, but here is some YouTube footage posted by some of the Paris audience.

NOTE:  The following footage is not mine -- I just found it on YouTube.